A first-generation-American-Jew, born in 1961 to a South African father and French mother, Nicole lived in and around New York City until 1980.

She studied Philosophy and Psychology at Hampshire College in Massachusetts, until she accidentally moved to San Francisco for 9 years while on a 2-week vacation.

Nicole has created 20 large-scale murals and 2 large-scale public sculptures; her paintings and drawings are in numerous corporate and private collections in New York, California, Minnesota, Wisconsin, Kansas and Missouri.

After turning 30 in 1992, Nicole took her first art class at the Kansas City Art Institute KCAI. There she received the Gold Scholarship and Summer Scholarships to the Chicago Art Institute and Vermont Studio School. Nicole received her BFA in Painting as KCAI’s 1996 Valedictorian.

In 2001 & 2004 (never to take the easy route), after the age of 40, Nicole (with husband Luke McGlynn) had two children — her greatest creative works-of-art . Things were quiet in the studio for a while.

In 2008, the murder of their nephew Brendan Scanlon, shook Nicole back into public art. In response — as an antidote to anger and grief – Nicole created a tri-state “Sorry for the Miscommunication: Museum of the Streets” series-of-events. It included street artists and gallery artists from Chicago, Kansas City and Madison cooperating in a collaborative mural, performances and exhibitions, supported by an ArtsKC Inspiration Grant.

Another murder, of her great-grandfather, pushed Nicole to pursue her Masters Degree at UMKC to write about her family. Her manuscript-in-progress, titled “Memoraphilia: a granddaughter’s memoir, the life of Jewish artist and storyteller Liouba Golschmann,” won a 2009 UMKC Women’s Council’s grant and 2009 Hadassah–Brandeis Institute Research Award. 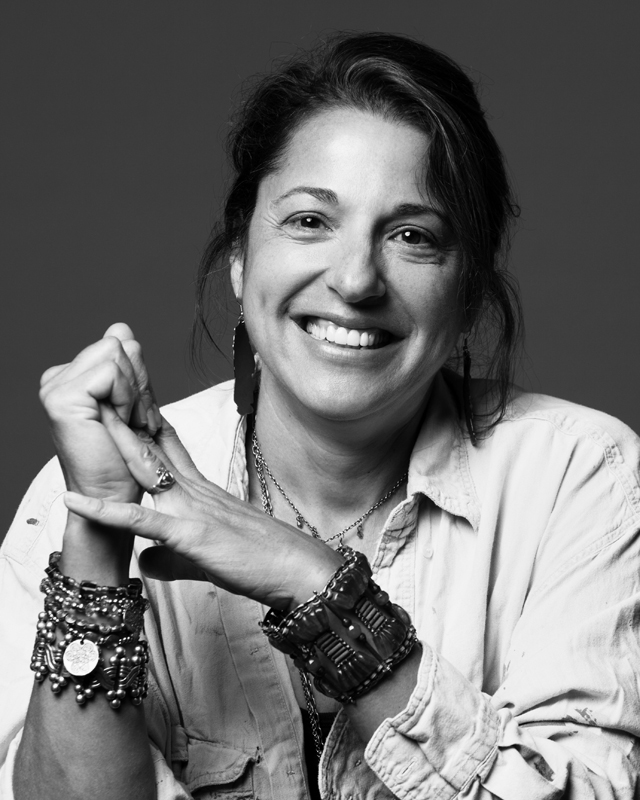 Her forthcoming book centers upon Nicole’s grandmother, Liouba, who survived WWI in Latvia; saved her brother Philippe Halsman from the infamous 1928-30 patricide trial persecution in Austria; orchestrated their 1940s escape from the Nazis; and managed Philippe’s career in New York City as he rose to international fame in photography. The Halsman images depict and have become icons of the 20th century. Philippe, Nicole’s great uncle, collaborated with Salvador Dali, Jean Cocteau and other ground-breaking visionaries.

Nicole’s other great-uncle, Vladimir Golschmann, conducted the St. Louis Symphony from 1931-1958 and sponsored the family in their petition to escape from the Holocaust and immigrate to the US. Vladimir was a life-long friend of Picasso, Isaac Stern and other artistic luminaries.

The art and music of Nicole’s family greatly influenced her becoming an artist.

In 2011, Nicole developed InterUrban ArtHouse (IUAH), her current obsession. IUAH is a Non- Profit organization dedicating to purchase and renovate an under-utilized industrial building into affordable, stable art studios, community exhibition/event space and sculpture garden with some of the area’s preeminent artists and craftspeople. IUAH won one-of-four ‘Our Town Grants’ given by the National Endowment for the Arts (NEA) to national pilots in the field of Creative Placemaking.

As a part of this work, through Shawnee Mission School District in Kansas, Nicole is in her sixth year running a local Artsmart/ Cultural Arts Program to hire environmentally-minded, multi-cultural artists to do hands-on programming in public schools. IUAH will Pilot these successes for other schools.

Occasionally, Nicole has time for a complete thought;
she does not do windows.
Otherwise she paints.